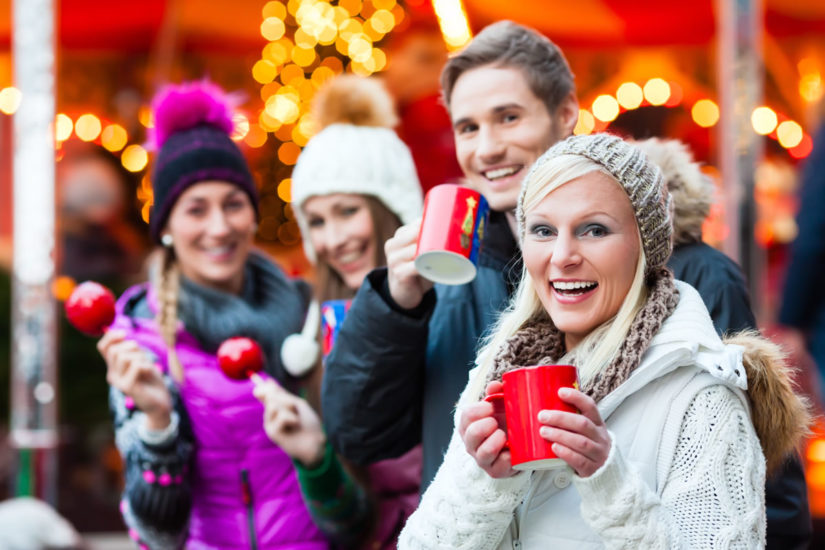 Many people may think about whitening their teeth around the holidays. After all, you may want to look your best if you are hosting lots of parties or if you want to look nice for a holiday card. Or maybe the cosmetic procedure was in early Christmas gift. Whatever the reason, there are some things you may need to keep in mind.

While teeth whitening is certainly one of the safest procedures out there, there are some side effects, like overly sensitive gums and teeth. Some people may be more prone to these issues, but dentists are saying that some patients get them because they overbleach:

Are You Obsessed with Whiter Teeth?

Unfortunately, many people don’t stop when they should. “Ten years ago, people weren’t even aware of bleaching,” says Irwin Smigel, DDS, president of the American Society for Dental Aesthetics. “Now every dentist I know has had to cut off at least one patient because of overbleaching. People come in with great, great pain, and I can see immediately from the color of their teeth and the irritation along the gums that they’ve been bleaching and bleaching.”

The urge to keep whitening may spring from the fact that teeth stubbornly refuse to maintain their same sparkling brightness for long. “Once you stop with the bleach, it regresses?your teeth start returning to their original color,” says Smigel. “Very few people are happy with the color once it starts regressing, so they’ll do teeth whitening again and again.” Dental laboratories are working to keep pace by creating new caps, fillings, and crowns in ever-brighter shades.

For some individuals, the pursuit of blindingly white teeth can become a true obsession. “There’s anorexia nervosa among certain people who desperately want to be thin, and there’s also a similar syndrome for people whose teeth are never white enough,” says John W. Siegal, DDS, a New York City dentist. This can go so far as to be classified as a form of body dysmorphic disorder (BDD)?a distorted view of one’s features that becomes so consuming that it interrupts daily functioning and requires psychiatric treatment?says Katharine A. Phillips, MD, a professor of psychiatry at Brown Medical School.

You may think that you won’t fall into this trap of overbleaching, but keep in mind that many holiday beverages, such as red wine, beer, spirits, and cider can stain teeth more quickly.

And although soda-pop, eggnog, cookies, candy, and other goodies don’t necessarily stain teeth they are very sugary. Bacteria in the oral cavity can thrive on sugars and in the process eat away at your enamel. When there’s enamel loss the yellow dentin underneath can give your teeth a stained appearance.?

Thankfully, 123dentist.com just released an article that can help you keep your holiday eating and drinking to a minimum. If you are a little more cautious, you won’t be tempted to overcompensate with whitening.

Say no to sugar cookies, snickerdoodles, gumdrops, candy canes, and taffy. All these foods can destroy your tooth enamel and encourage bacterial growth. To keep your smile safe, choose healthier alternatives. For instance, gingerbread cookies have much less sugar than sugar cookies and snickerdoodles. Other excellent choices include oatmeal- and nut-based cookies.

Pumpkin pie proves healthier for your teeth than pecan pie. It?s lower in sugar, and it also doesn?t present a chipping hazard for your pearly whites. Additionally, when you make yams this holiday season, leave out the brown sugar and marshmallow topping. Enjoy the potatoes in their natural state or with a slice of butter.

If you?re feeling deprived, take an extra helping of cranberries. Recent research shows that they can help prevent dental cavities. Plus, they?re delicious!

If you are worried that your holiday eating is going to sideline your whitening, then it’s best to just wait until the new year. If you wanted whiter teeth for family pictures, consider having the pictures edited. You don’t want to waste your hard-earned money on tooth whitening if your habits will just eliminate the changes in a couple of months. With good eating and oral hygiene, teeth whitening should last you quite awhile–with only minor touch-ups here and again.